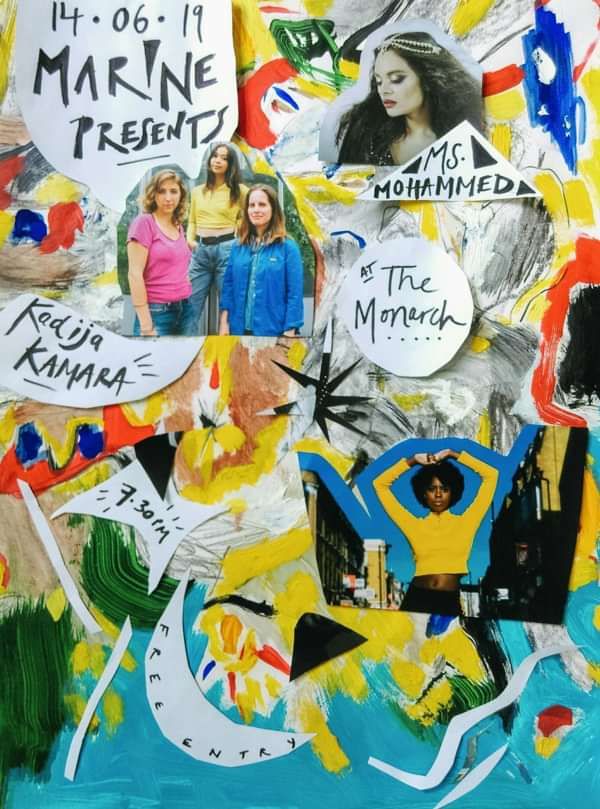 YES mystic foxes and emperors! 🐙 We Marine are hosting our own nights to have fun, show you new songs, get loud and get late! Its also our ONLY UPCOMING LONDON SHOW

FRIDAY NIGHT and FREE ENTRY! Come along and have a drink with us, pop and rnb DJS after will take you into the night

We are pumped! Its also an opportunity to present a band that are downright awesome! For our second 'Marine Presents' things just got that little bit more radical as we announce the incredible Ms. Mohammed as our HEADLINER!

We can hardly believe we will also be hosting Kadija Kamara... cannot wait to witness this brilliant vocalist with you all!

“luscious powerful vocals” - Get In Her Ears

Based in London, Kadija Kamara is a singer songwriter who best describes her sound as ‘Alt Soul’. With a love of 60’s and 70’s analogue sounds, Kadija combines her affinity for retro soul music with a host of modern influences.

To date, some of her major accomplishments include being awarded funding for her Artist Development Programme by PRS for Music. Collaborations with the likes of Joey Negro, Zed Bias, plus many more. Writing with Artists such as Joan Thiele, which successfully led to a Sync deal under the fashion powerhouse Fendi, to backing vocals for Zara McFarlane on ...Later With Jools Holland. Kadija has released music Independently and under various labels, including Z Records, Defected and Soul Heaven among others.

In 2018, Kadija released her long-awaited EP Nothing Left To Lose, with a diverse set of songs showcasing her broad, emotional range and tinderbox potential. Having had the stunning ‘Eyes On You’ selected by readers for Tom Robinson’s Fresh On The Net’ in 2018. Praise also followed from the likes of CLASH, Indie Shuffle, The Revue, EARMILK, Get In Her Ears and Hype Machine to name a few. 1 of 7 Artists selected to perform at Tramlines TEN via the apply to play process in 2018, her stunning performance grabbed the attention of the BBC Introducing team in Sheffield. This led to a great review and recommendation on the local show, singing praises of her music and performance.

In late 2016, Kadija curated a night called ‘LADY’, which showcases leading female musicians in the underground and commercial music scenes. She currently still holds a residency at the popular London music venue 'The Finsbury', with label/promoters 'Lost In The Manor'. With many successful events under the LADY Live Events umbrella, a major highlight was it’s 1st LADY Festival at POP Brixton in 2017. With great accomplishments under her belt, Kadija is ready to bring great new music to the table this 2019. 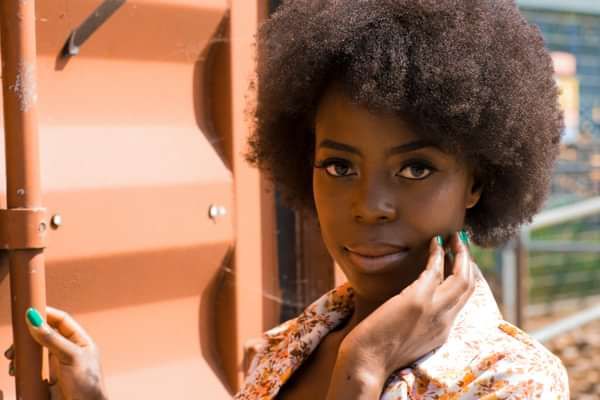