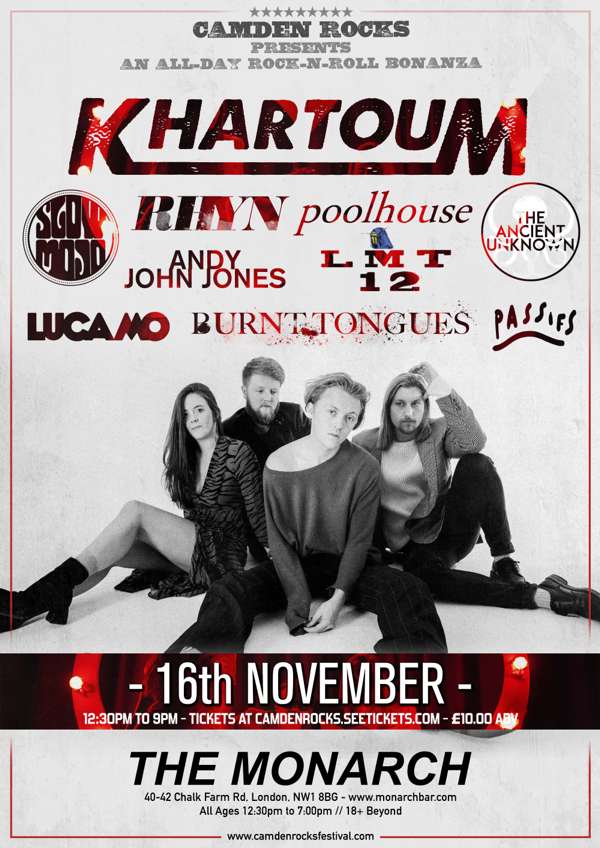 KHARTOUM Band - https://youtu.be/hdTTPqS-8Iw Khartoum party like it’s 1969... Forget the headliners, this is what Glastonbury is really about. - Neil McCormick (The Daily Telegraph) London four-piece Khartoum, formed in 2017 and named after the fabled racehorse from Francis Ford Coppola’s masterpiece The Godfather, regard their music as a touchstone which represents their collective passion for the arts. They have quietly built a loyal parish through their exuberant and climactic live shows, performing in some of London’s more beguiling venues such as the Everyman Screen On The Green and Extinction Rebellion’s stage during their creative resistance blockade of Marble Arch, London.

Slow Mojo - https://youtu.be/cclnnQjz8MY "Just when you think you’ve encountered a fairly regular blues rock outfit they grab you by the sonic lapels and hit you upside the head with some edgy rock ‘n’ roll that is part Alex Harvey, part Zep. T’riffic.” – Dublin Castle, Camden N1

Rhyn - https://youtu.be/nKn1mDatOqM “Rhyn have created an EP that is sure to make an impact upon the British music scene and beyond. They have clearly shown with ‘Absence’ that they are competent and talented musicians capable of producing a sound that blends a lot of different influences together and then make it their own. Rhyn have arrived with a bang and hopefully they can maintain their momentum for a long time yet and give us an album.” - Über Rock

Poolhouse - https://youtu.be/S8jYfC3C6W0 London-based poolhouse are an indie band offering a very authentic, current sound drawing on influences from The Beatles and the psychedelic Tame Impala. Having just released their first album, the influence over their music from different spectrums of the industry is evident, however their own genuine sound is not lost, and ‘moon river rock’ undeniably has its own definitive sound. They supported Sam Fender last year and the old friends have lots of new material to play for forthcoming shows so keep your ears to the ground folks!

Andy John Jones - https://youtu.be/QomSuvWh7l4 Andy’s music has come to be defined by these experiences of a decade coming of age in the shadows of the minimum wage jobs and the nihilistic drug culture of Generation Z. With no money and few means, Andy headed to London where, busking on the streets of Westminster, he began to hone his sound and style as both a musician and guitar player and has since nurtured a small but growing, enthusiastic fan base.

Lend Me The Twelve - https://youtu.be/5TU_qmWa45I They’re funky, they’re punk-y and their energy is unforgiving. Inspired by life’s great mysteries and drawing from the influence of Post-Punk, Funk and Samba, Lend Me the Twelve are a London based three-piece band who venture into a wide range of musical styles in the search of expressing a sonic balance of discord and harmony. Combining catchy melodies, viscerally heavy timbres and precise rhythms, the trio have been exciting and exhilarating audiences across London, in hopes of spreading the sound that they refer to as “Black Samba”.

Luca Mo - https://youtu.be/SnngS4waRf8 Luca Mo is an 18 year old multi-instrumentalist and songwriter/producer making music in his bedroom whilst taking influences from Stevie Wonder and Michael Jackson through to Queen and Coldplay. His music fits into a ‘jazzy/funky/pop’ genre space and, in June 2018 released his debut 14 track album ’So Much Better’ at the age of 16 which includes several tracks played on BBC Introducing.

Burnt Tongues - https://youtu.be/HgeCqVPEdLk Formed in January 2019, London based trio Burnt Tongues offer an infectious amalgamation of new-age pop singalongs, alongside the quintessence of punk cynicism. Drawing inspiration from the musical pioneers of Liverpool, Birmingham and Brighton, as well as the indulgence of 70s glam, the band consisting of Chris Kelsey (vocals, bass), Jack Charles (guitar) and Piers Berryman (drums) have recruited a loyal fan base with ambitious live performances and debut single Twist & Shake. Working continuously with upcoming producers, the band are set to release a stream of singles and collaborations throughout the year and anticipate an album in early 2020.

The band was formed in Buckinghamshire by lead singer/pianist Chris, guitarist Guy and bassist Dan, friends since school who played together with a number of different drummers over the years. In 2010 they recorded a 13-track demo album as a threepiece, with Guy taking on drum duties as well as guitar. They were then joined by old friend Rhys in 2012 as their permanent drummer and regular live gigs and demo recordings quickly followed.

The release of their first music video to accompany the single Finite Bodies helped them to play progressively larger venues in London throughout 2014 and 2015, including sets at The Barfly and The Garage. The band headed to Stakeout Studios in summer 2015 to record six tracks with producer Jason Wilson (You Me At Six, Fightstar, We Are The Ocean), and their debut EP ‘Absence’ is released on 19 February 2016. 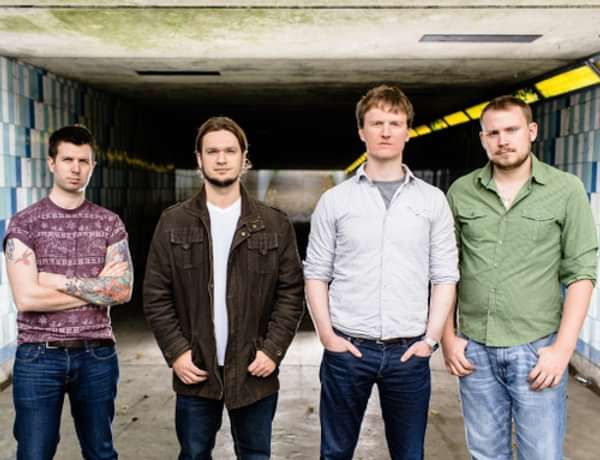 Growing up in a small town struggling to hold onto its identity in the face of consumerism, capitalism and monotony, Andy John Jones sought escapism by any means necessary. After learning the basics of his first acoustic guitar at 15, he began to frontman his first Alternative Rock band at 17 playing venues across the city of Birmingham. After four years of both solo and band work, Andy moved to London in search of a scene, an energy not stagnating but thriving.

“In London I was expecting to just fall into a music scene, form a band, make a record, gain a following etc, all in the space of twenty four months but it doesn’t really work that way. At first London was overwhelming. The people can be cut-throat and with little to no money it’s difficult to lead any kind of social life outside the four walls of your house or flat. I became quite reclusive really. All I had was my guitar, a pen and a sheet paper.”

Andy dived into the works of poets and writers assigned to him during his Bachelor degree in English Literature at the University of Westminster. From Baudelaire to the Beatniks, Wordsworth to Plath, Guevara to Orwell, Arnold to Adorno, the vast swathes of literature served to fuel his love of the literary world as well as a drive to find his place amongst it. Andy also spent many hours learning and practising the guitar pieces he never thought he’d know such as pieces by heroes Jimi Hendrix, John Frusciante, Eric Clapton and Robert Johnson as well as experimenting with various styles including Rock, Blues, Jazz, Folk and Flamenco. Upon completing his third year of study, Andy fled from the fear of looming stagnation yet again but this time from the onslaught of corporate mundanity and student debt. Taking to the streets Andy began busking as a full time job where he has not only honed his skill as a guitarist, but the powerful range of his distinctive, raw and impactful voice.

In his first recorded EP in over six years, Andy John Jones has aimed to capture the emotions and experiences of the 21st Century. Taking inspiration from the work of John Martyn, Jeff Buckley, Paolo Nutini and Nick Drake, poets such as Charles Bukowski and Dylan Thomas (who has ties with Andy’s own Welsh heritage via his friendship to Andy’s Great-Uncle the painter Alfred Janes), the piece seeks to experiment musically with genre, poetically with literary devices and emotionally, mentally with subject matter and narrative. It is a taste of the potential of this up and coming artist honing his craft upon the street corners of London. 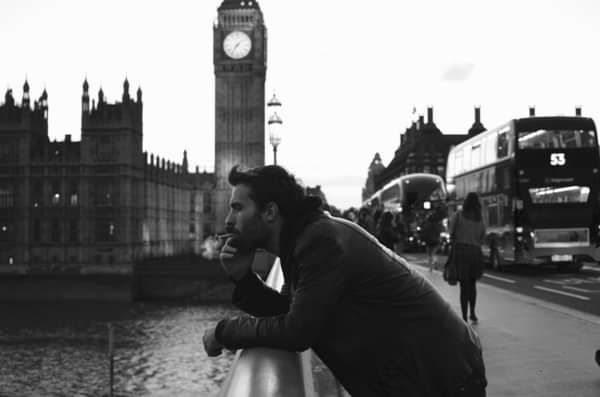 Lend Me The Twelve

They’re funky, they’re punk-y and their energy is unforgiving. Inspired by life’s great mysteries and drawing from the influence of Post-Punk, Funk and Samba, Lend Me the Twelve are a London based three-piece band who venture into a wide range of musical styles in the search of expressing a sonic balance of discord and harmony. Combining catchy melodies, viscerally heavy timbres and precise rhythms, the trio have been exciting and exhilarating audiences across London, in hopes of spreading the sound that they refer to as “Black Samba”.

If Parliament had a baby with Gilberto Gil that was raised by XTC, this is how it would sound. Lend Me The Twelve have been cited as a “Math Funk” or “Samba Punk” band, amongst other things, the common theme being that there is a notable fusion of ethnic and very technical rhythmically oriented music with an aggressive rock ‘n’ roll texture. Having started in 2018, the band consists of three school mates who grew up south of the river Thames. Their journey begins there, playing at some of the most iconic and interesting venues South London has to offer such as Windmill, Off The Cuff and New Cross Inn. Currently, the band is furthering its reach and playing in venues all around London, consistently leaving audience members enthralled and being offered more and more new shows opportunities .

Introducing: The Hyde - The Mind - Lead Guitar, No Vocals The Hyde’s quiet nature, contrasted by his ferocious guitar playing is reminiscent of the duality of Robert Louis Stevenson’s character that inspired his name. The Hyde’s approach to guitar playing is very conscious of harmony and groove. His background in experimental composition and extensive knowledge of music theory pushes Lend Me The Twelve’s music into the world of the unexpected.

Saint James - The Body - Drums, Backing Vocals Rhythm anchors the expression of all music, the same way a body anchors the mind and soul to the earth. Saint James proudly provides the band not only with a tight percussive foundation for which they can lay down their tunes, but also an understanding of production and engineering that has allowed the boys to craft their sound just as intended.

Kaiza Kushington -The Soul - Bass, Lead Vocal A performer at heart, Kaiza Kushington’s lyrics, basslines and singing are driven by a passion for both connection and entertainment. Kaiza Kushington’s music and lyrics are written with the intention of expressing that very passion, actively inviting each and every listener to join in on the musical experience. His Brazilian heritage is also the source for the very prominent Samba influence that rings throughout Lend Me The Twelve’s repertoire, with some songs even being written in Portuguese.

To date, Lend Me The Twelve have officially released their debut single “Finding Faith” as part of a split single release with another London based band Barringtone via the exciting new label FP Records. It’s an energetic, angular pop song with a guitar riff that screams out homage to the likes of Gang of Four or XTC and some seriously heavy bass distortion. If you would like to see Lend Me The Twelve perform live then check our their Instagram page: @lendmethetwelve of their Facebook page: Lend Me The Twelve for dates and more information. 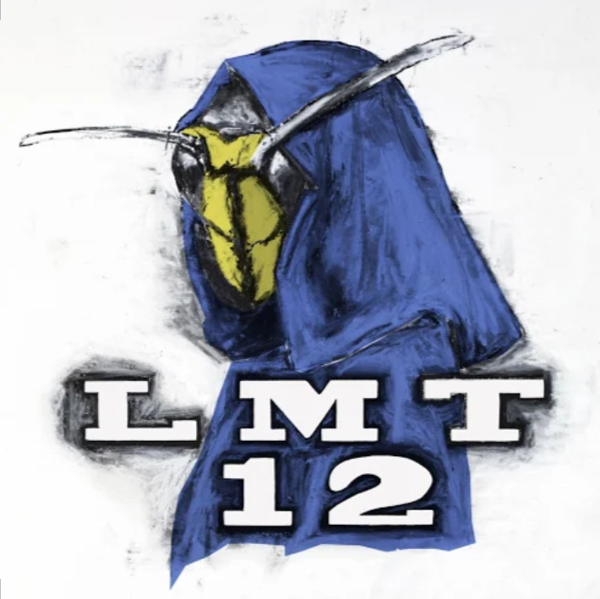 Luca Mo is an 18 year old multi-instrumentalist and songwriter/producer making music in his bedroom whilst taking influences from Stevie Wonder and Michael Jackson through to Queen and Coldplay. His music fits into a ‘jazzy/funky/pop’ genre space and, in June 2018 released his debut 14 track album ’So Much Better’ at the age of 16 which includes several tracks played on BBC Introducing. For the last year Luca has been gigging around with his 5 piece band off the back of his album as well as working on new music and, now out of College, the year ahead is set to be extremely exciting and action packed. 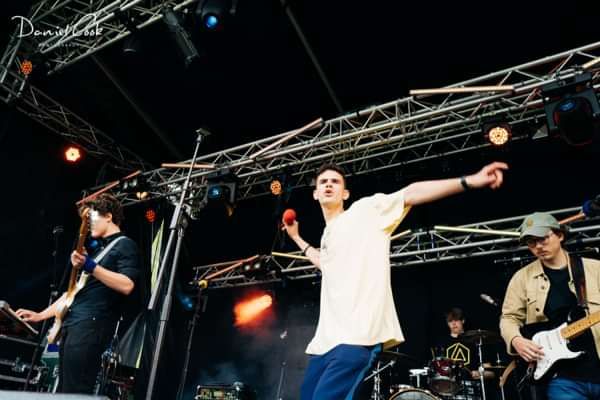