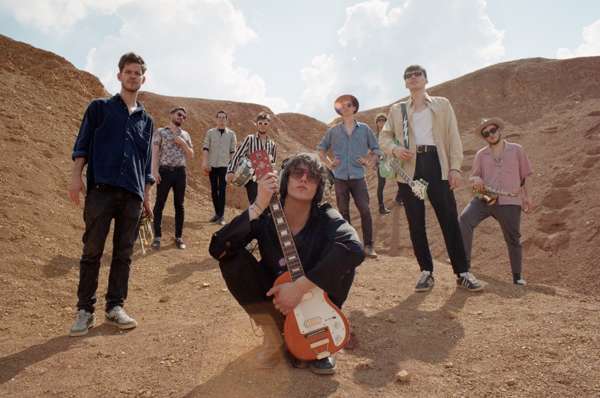 The fantastic Fran Palermo is coming straight from Budapest to play a double set on the legendary The Monarch`s stage.

Bio: Fran Palermo was formed by the Caribbean multi instrumentalist singer-songwriter Henri Gonzo at a very young age in late 2012 in Budapest. The band’s music and style are characterized by different genres, such as indie, rock and roll, afro pop guitar sounds and Mediterranean vibes. The specialty of this vagabond band comes not only from their unique and original soundscape, but from the diverse origin of the members. They have a vivid inherited cultural background such as Cuban, Spanish, Greek and Hungarian. By now Fran Palermo has become one of Budapest’s main underground concert bands.